In recent years, due to the rapid advancement of technology, LED displays have made great progress in high-definition display, thus opening the door to the market. Moreover, due to the product's own characteristics and advantages, it has occupied a part of the market share that originally belonged to DLP, LCD and other display products.
According to the data, the display market maintained high growth in 2017, and it is predicted that in 2018, the overall market of the display screen will reach a scale of 58.88 billion yuan. The huge potential of display screens has led LED display companies to rush to increase their R&D productivity. LED displays represented by “small pitches” continue to compete in this market with DLP and LCD.

As we all know, compared to DLP, LCD products, the biggest advantage of LED display is that it can achieve seamless splicing, and is not affected by the area. But whether it is LED, DLP, or LCD, it also has its own product limitations. At present, the biggest problem plaguing LED displays is the problem of dead lights. With discrete LED display devices, the problem of destined dead lights is inevitable. Moreover, due to fierce competition in the industry, prices have become a major competitive means for various companies. In order to ensure profits, enterprises can only strictly control costs during the production of led display screens. From product design to production and manufacturing, they all try their best to “cut corners and reduce materials”, which intensifies the emergence of LED display quality problems.

In fact, in the early stage, many LED display users, especially government agencies, chose the LED display mainly under the guidance of the policy. However, due to the prominent problem of “deadlight” of LED display screens, it seriously affected the normal use of the users, causing many customers to abandon the LED display screens and return to the DLP and LCD bodies when they purchased the display products for the second time.

Nowadays, despite the ever-decreasing spacing of LED displays, high-definition and intelligentization have become the trend of development. The industry expects a smaller, more competitive product to share a bigger cake in the area of commercial display, but if the problem of dead lights , That is, the reliability of the product can not be effectively solved, not to mention the larger cake, the LED display screen in this market hard to lay, may gradually gradually disintegrate.

Some of our companies are also aware of this problem. To solve this problem, we have also invested huge human and material resources and financial resources, but the effect is not very satisfactory. Some will focus on the continuous improvement of small gaps, while others will find new ways to focus on the COB.

The prosperity of the display market has provided us with a huge business opportunity for LED displays. In addition to the problem of dead lights in current LED displays, there are also significant problems in the display effect and perception experience. Compared with DLP and LCD, LED display screens are a kind of "sharp" display products and they are not "close to the people" in this respect. Especially in terms of price, it does not have any advantage. Moreover, for the current trend of “touch screen” development in the LED display market, LCD can be said to have a natural advantage. With such advantages, LCD can be said to have revived its "second spring" in the display market. It can be foreseen that the competition in the future display market will be a combination of various factors such as display effect, experience comfort and price.

Therefore, in the future, we want LED display to develop in this market in the long run. Resolving the display effect, dead lights and other reliability issues have been made without delay. This has become a problem that our LED display companies must overcome. 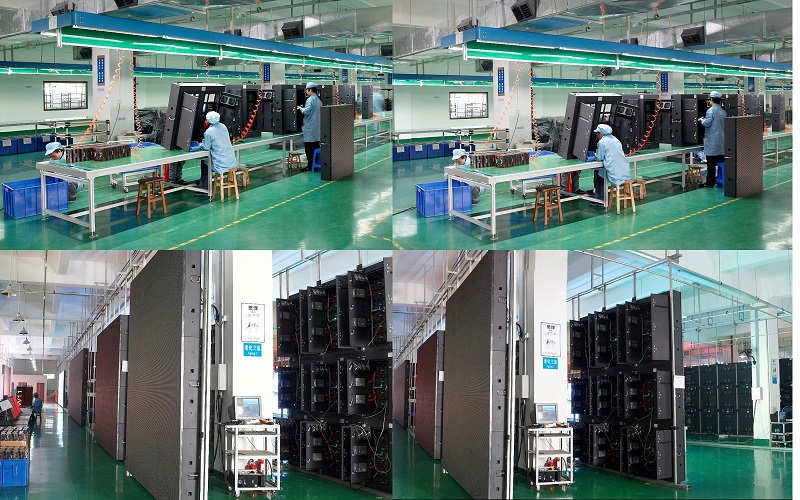